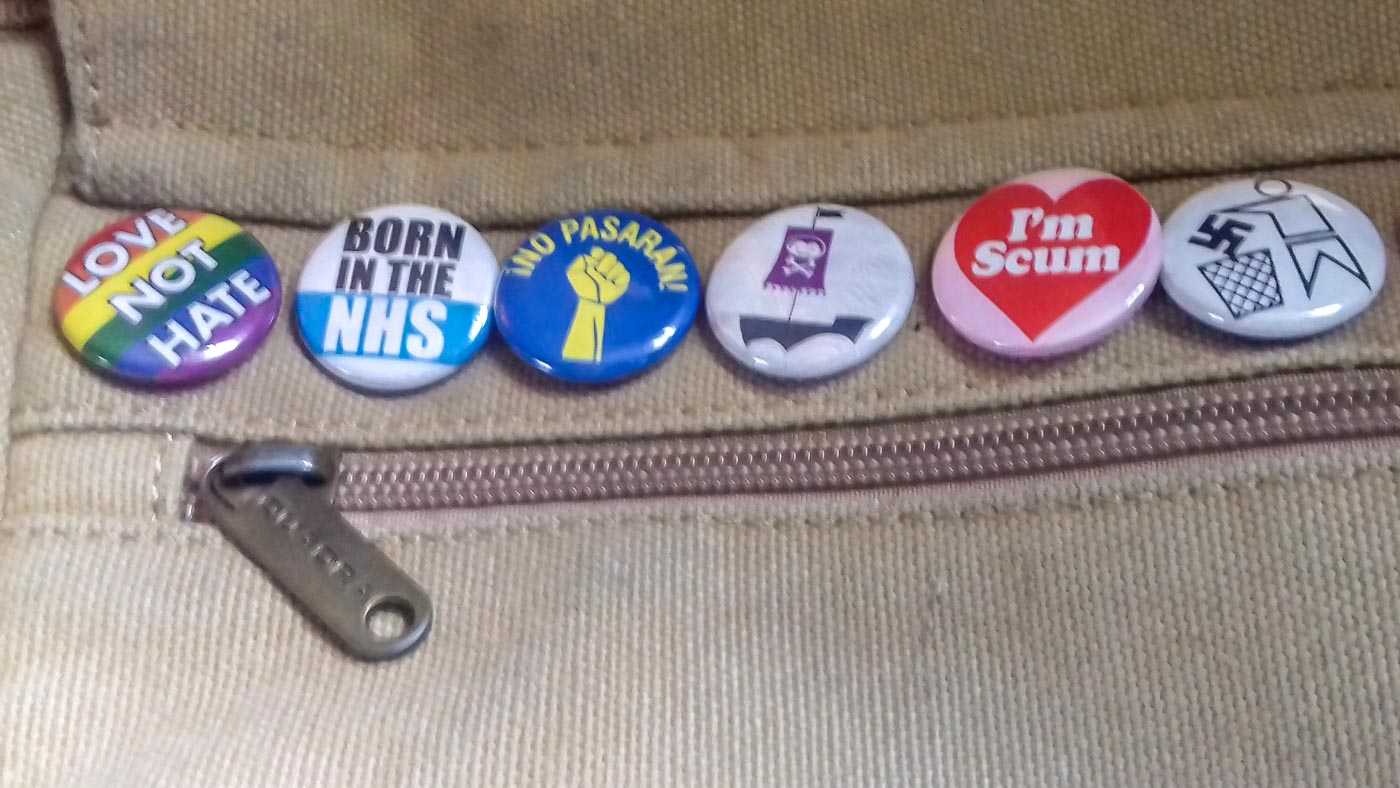 Welcome to Episode 28 of my “Travel Tales From Beyond The Brochure” podcast.

I hope if you’ve been protesting, that you’ve taken on board the hints and tips given in last week’s “Beginner’s Guide to Protesting”! The images of the badges I’ve used for this pod, btw, have been provided with permission from the very same V who was kind enough to provide that guide.

This week I’m bringing you an episode of three examples where the act of protest has helped to change the world. Or at least, change aspects of the British political system – just to show it can happen here just as much as it happens everywhere else.

I give an overview of three events – the 1832 Reform Act, the Battle Of Cable Street in 1936, and the Poll Tax Riots of 1990. Three different eras, but each definitely interesting in its own right, to show examples when protests work.

Maybe I’ll go back to doing a travel podcast next week….

You can listen via the feed above, or via Spotify, or on your podcast app of choice 🙂 Let me know if it isn’t, by the way, and I’ll see what I can do. In addition, a PDF transcript of this episode is available by clicking here.

There are no contributions in this episode, fairly self-evidently.

Note the sample at the start of the pod is a recording of part of the resignation speech of Margaret Thatcher, on 28 November 1990. I’m not sure of the legal status of a recording of this nature….