Although the breeze was light, and the rain had stopped before sunrise, I was glad of my fleece. I was less glad of my trainers – while an Autumnal morning in Paris is no place for exposed toes, the damp cobblestones afforded me no grip and I kept sliding as the path wove up and down the slight inclines that appeared at every turn.

Not many other people had yet ventured out at this somewhat appropriate time- the few that had were mainly couples or small tour groups – but while the cemetery was big enough for us all to wander in and out of our own little corners, I strangely never felt truly alone; there always seemed to be someone a little way behind, or at the next junction.

I guess it didn’t help that we were all headed to the same places, if not necessarily in the same order. The biggest crowds were to be found at the entrances, taking pictures of the map on their mobile phones before venturing inwards to lose themselves in the mausoleums and amongst the graves. At the library of remembrance, some would head for the politics section, others were interested in music, still others were just browsing until they found something they liked.

As is always the case, in death as in life, some people are more popular than others, although the types of people changed. Jim Morrison, the only grave I saw that had been physically cordoned off at a distance, was located just off an obscure passage at one corner, yet even today the crowd outside it were two deep, mainly solo visitors, all taking pictures on their phones. Behind the metal barrier, littered in stickers and lover’s padlocks, a fairly simple stone tomb covered with flowers and ornamentation.
The strange, Egyptian-influenced, tower of stone that commemorated Oscar Wilde, conversely, was popular with groups of American college students, all presumably wishing that the plastic sheet protecting the grave wasn’t there so they could touch it; a sign on the sheeting explained they couldn’t because it costs too much to clean.
Edith Piaf, just slightly off one of the main avenues, was popular mostly with tour groups, as was Yves Montand, whilst Marcel Proust’s appropriately slightly hard-to-find grave seemed to be the place for couples to stand – in an imitation of some kind of ritualistic processional dance, as one couple walked away and out to the main aisle, another couple would appear at the crossroads further down and head towards the grave, look confused, then head off the track as they spotted it.
Honoré de Balzac, sat all alone in the back of beyond, saw at least one visitor that day, which was one more than Modigliani, whose final resting place didn’t seem to tally with the map, unless he’d turned into Edith Piaf in the afterlife.

Despite the famous residents, it was nice to wander through the rest of the graves; the unknowns, the niche famous, the important-but-overlooked, the family plots, the weird-and-wonderful grave markers, the overindulgent, and the simply plain. All have their place here, and in death, everybody’s equal.

I’d never been there before, so passed by initially to kill some time, but I left maybe two and a half hours later, feeling calm, restful, somewhat chilled; graveyards do relax me, allow me to clear my mind and breathe easily – it#s hard to be angsty in a place so serene. It was a productive way to spend a morning. 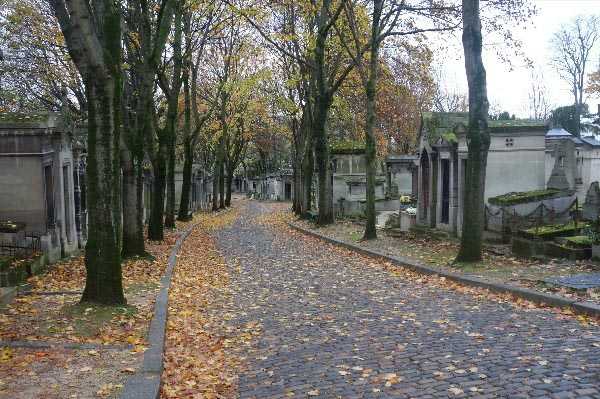 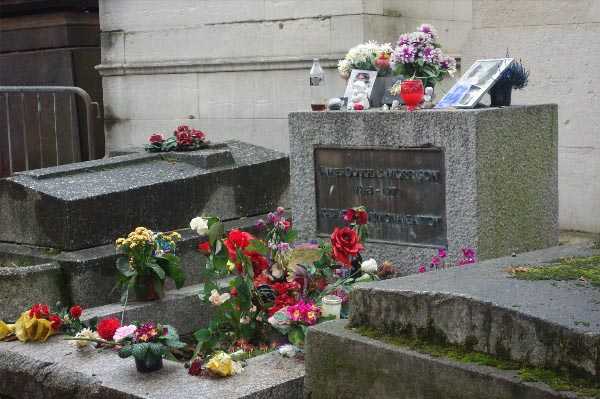 Jim Morrison’s grave, behind the barriers. 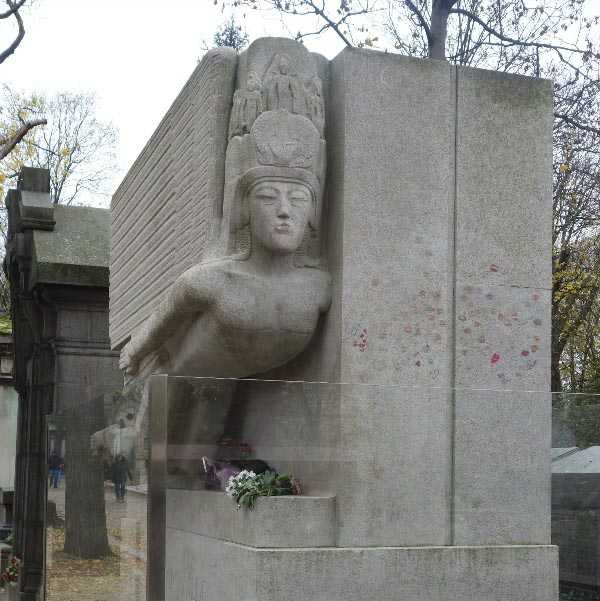 A side-on view of Oscar Wilde’s tomb, with what resembles a ship’s figurehead. 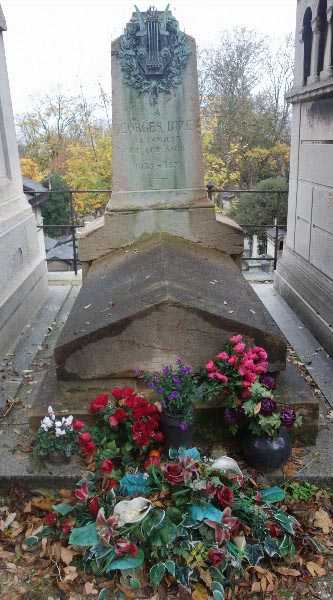 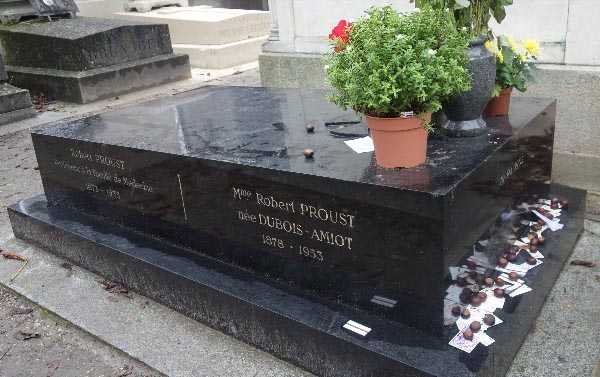 The Proust family grave, the back of which is littered with Paris metro tickets held down with conkers. I know not why. 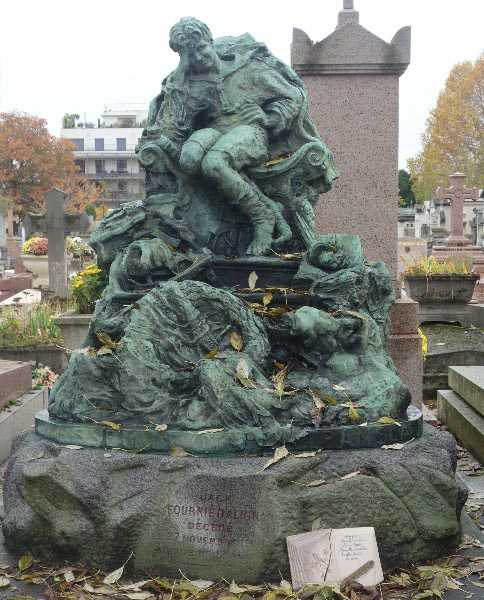 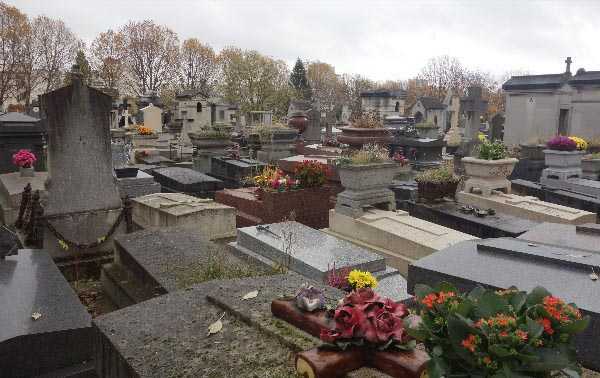 2 thoughts on “A morning at Pere Lachaise cemetery”